With many garden shredders on the UK market, deciding which one to buy isn’t easy. However, chances are that you’d prefer to go with a reliable, tried-and-tested brand, meaning that Bosch is probably at the top of your list.

In amongst the many Bosch appliances and power tools available, the brand also produces three garden shredders. Each one utilises its own unique cutting system, making each suitable for a slightly different task. This is something that you can only really appreciate after using the shredders side-by-side, and I’ve recently done that with two of them; the Bosch AXT Rapid 2200 and the Bosch AXT 25 TC.

Let’s take a look at how they compare, so that you can see for yourself which one would benefit you the most. 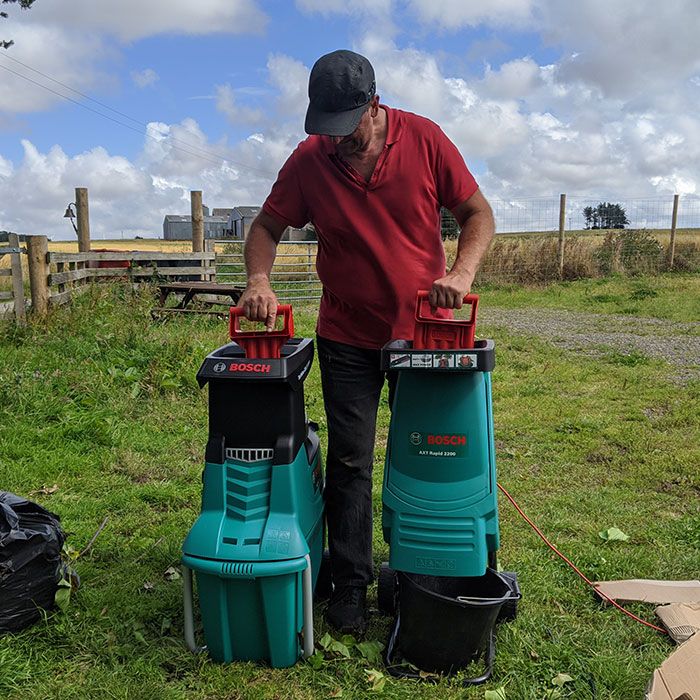 Even if lifting isn’t an issue for you, you should still think about how much you’re going to be wheeling your shredder around your garden. The wheels on the AXT 25 TC are just a little too close together – try moving the machine on uneven ground and it’ll quickly tip to the side. On the other hand, the AXT Rapid 2200 wheels around like a charm. It’s easy to take the AXT Rapid 2200 into different parts of the garden, whereas you’d be best off moving all of your materials to one place if using the AXT 25 TC.

One advantage that the AXT 25 TC has in terms of design is its collection box. Unlike the AXT Rapid 2200, which doesn’t come with a collection box but fits a standard-sized bucket underneath, the box that comes with the AXT 25 TC is large (53 litres) and lightweight, meaning that you won’t need to empty out your shreddings quite as often.

The AXT 25 TC has also been designed with a removable hopper, and this conveniently fits inside the collection box. It’s easy to take the machine apart for storage – an option that you don’t have with the AXT Rapid 2200.

Where the two machines really differ is when it comes to the type and size of materials that they shred. The AXT 25 TC claims to take in both woody and soft materials. However, in reality, it jams with soft green garden waste, yet beautifully shreds larger and woodier pieces up to 45mm in diameter.

The AXT Rapid 2200 is pretty much the opposite. It struggles with anything too large or woody – although Bosch states that this machine can cope with branches that are 40mm in diameter, 35mm would be more accurate. However, feed softer material through and it will shred this up without a problem.

The AXT 25 TC jammed noticeably more often than the AXT Rapid 2200. This was more so the case when feeding in soft materials – they would end up wrapped around the turbine, requiring you to remove the hopper to untangle them and pull them out. That said, this process is very quick and easy. Although the AXT Rapid 2200 didn’t jam quite as often, blockages took a little longer to clear.

If you’re a smallholder, then you’ll also be interested to know that the AXT 25 TC is capable of shredding hay – something that quickly blocks the AXT Rapid 2200. For some, this extra use could make the AXT 25 TC truly worth the investment.

When it comes to how the machines actually feel when you’re using them, the AXT 25 TC shines. It feels much smoother and takes materials in noticeably faster. This is also down to the fact that it has automated rollers to help pull material through, while the AXT Rapid 2200 doesn’t.

Instead, while its fast-spinning blades do help when feeding in longer material, the AXT Rapid 2200 mainly relies on you pushing material through. Both machines come with a plunger to help you do this – you won’t need to use it much with the AXT 25 TC, whereas you’ll heavily rely on it when using the AXT Rapid 2200.

In terms of official speed, Bosch claims that the AXT 25 TC is able to shred up to 230kg of material an hour, while the AXT Rapid 2200 can handle 90kg per hour. Testing showed that these figures are more or less accurate, making the AXT 25 TC an obvious choice for those of you with bulk amounts of material to shred.

If you have neighbours nearby, then this is something to consider. It’s also worth noting that ear defenders aren’t needed for the AXT 25 TC, whereas you’d be better off using them with the AXT Rapid 2200.

Both machines have fantastic safety features – there isn’t one that outperforms the other when it comes to safety. Both have been designed to not turn on unless all parts are correctly fitted in place, and, as mentioned, they both come with plungers to keep your fingers away from the blades.

The Bosch AXT Rapid 2200 wouldn’t be considered cheap compared to some of the other budget garden shredders on the market. However, the Bosch AXT 25 TC is double the price, making it even more of an investment.

If you’re only going to be using your shredder a couple of times a year, then the AXT Rapid 2200 is all you need. The AXT 25 TC definitely wouldn’t offer value for money for a light user.

However, if you plan on using the shredder pretty frequently, then you’ll need a machine that can hold up to this, which is where the AXT 25 TC really shines.

It’s also worth considering the amount of use that you’ll get from the blades. The AXT Rapid 2200 comes with double-sided blades, meaning that you can simply turn them over once they blunt, giving you double the amount of use from them.

Unfortunately, the turbine cutting system in the AXT 25 TC means that double-sided blades aren’t possible. That said, although the double-sided blades seem like an impressive feature, the blades on the AXT 25 TC are much tougher. They feel more resilient, to the point where I would imagine that, even being single-sided, they would probably last for much longer than the blades on the AXT Rapid 2200, even if they were used more often. For some, this would make the higher price worth it.

For woody waste and thicker branches, the Bosch AXT 25 TC is what you need. It’s fast and efficient – it would even hold up to frequent professional use. It’s a shame that this machine struggles with green waste, otherwise there would be no question of which one to buy. However, if you’re happy to just put your green waste into your compost heap, then this machine will do all you need.

On the other hand, if most of your garden waste is green and leafy, then the AXT Rapid 2200 would be the best option. It will shred this up quickly and finely, and offers fantastic quality for what it costs.

Either way, even though there may be a significant price difference between the machines, they both have their place in a garden. They’re well-designed and built to last, which is exactly what you want from a garden shredder. The shreddings that are produced by both machines have numerous uses – whichever one you pick, you’ll have a healthier and more productive garden as a result. 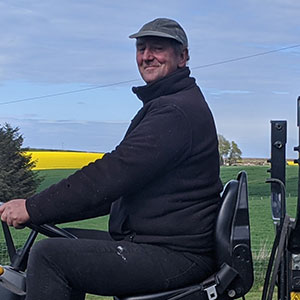