A beautifully fragrant evergreen shrub that’s native to the Mediterranean, rosemary not only looks attractive in a garden, but those needle-like leaves are packed with antioxidants that strengthen both the body and the brain. Being a perennial means that rosemary doesn’t require much work once established – get a few plants growing now and you could be harvesting this popular culinary herb for years to come.

When to Sow – Jan-May

When to Harvest – All year

How to Grow Rosemary at Home 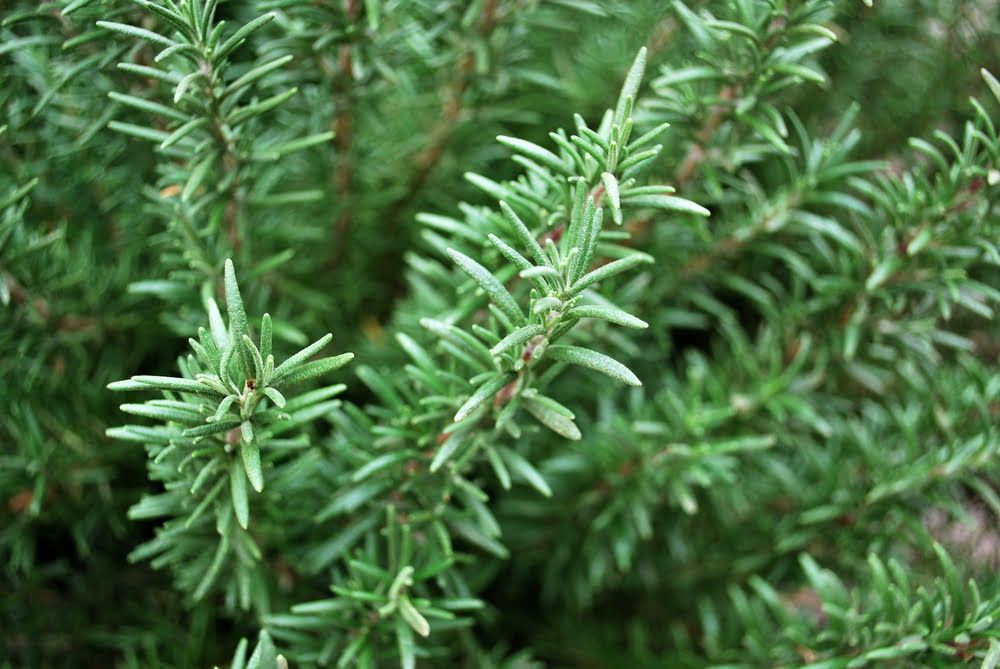 Although it may come from the sunny Mediterranean region, rosemary is a tough and hardy herb, capable of tolerating winter temperatures down to about -15°C (depending on the variety). When given the right growing conditions, a rosemary shrub can last for up to ten years, making it worth spending some time ensuring that your rosemary plants have everything that they need.

Rosemary loves the sun – at least six hours of bright light each day is needed for optimum growth. That being said, many varieties will also do well in partial shade too.

In its natural habitat, rosemary grows in quite poor and sandy soil. A sandy mix works well for homegrown rosemary plants too, although a well-drained loamy soil would be ideal. If your soil is heavy clay, your rosemary will struggle. Lighten things up by mixing some sand and compost through before planting, or consider growing your rosemary in containers instead.

Most of the rosemary that’s sold commercially has been grown from cuttings, rather than from seed. This is because rosemary seeds are notoriously difficult to germinate. Not only are germination rates quite poor, but it can take anywhere from two weeks to six months for the seeds to sprout. Since rosemary seedlings can only be planted out after your last spring frost, the lengthy germination can make it difficult to get timings right.

Another advantage to growing your rosemary from cuttings is that your plants will be ready for harvesting just a few months after they’ve taken root. On the other hand, plants grown from seed may provide a small harvest that year, but chances are that you’ll have to wait until the following year before you can pick larger quantities.

Of course, if you’re trying to fill a large area with rosemary plants, starting them from seed makes sense, especially if you don’t have access to enough mature plants to take cuttings from. Just be prepared for the process to take much longer than other herb plants!

How to Grow Rosemary from Seed 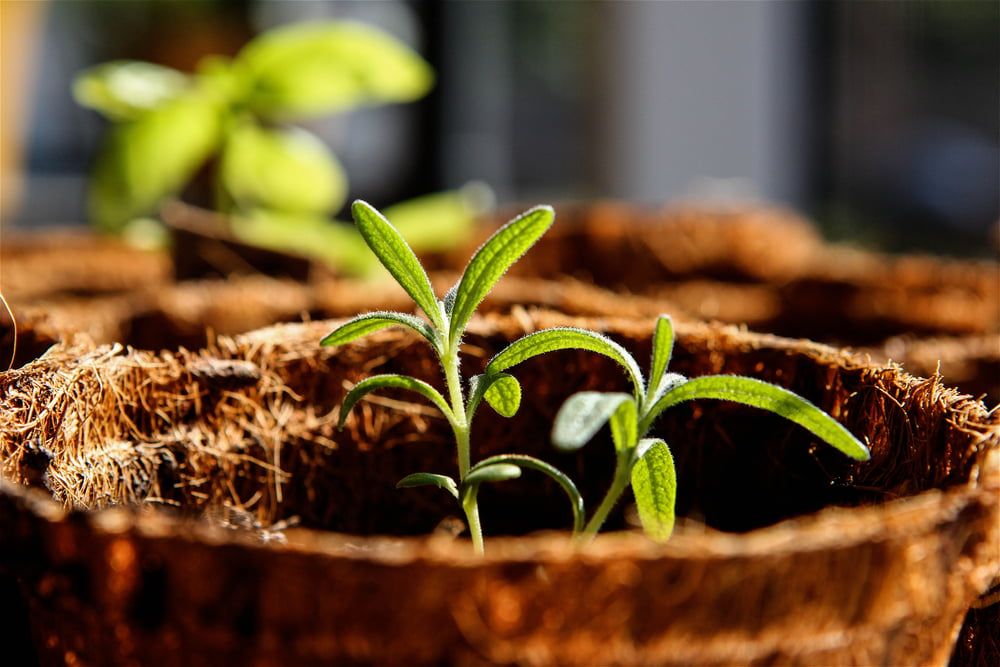 Ideally, sow your rosemary seeds about three months before your last spring frost date. However, keep in mind that if your seeds sprout sooner rather than later, you’ll need to regularly pot your cuttings up and keep them indoors until it’s safe to plant them out.

How to Sow Rosemary Seeds:

Make sure that you keep your seeds moist, but not soggy, during the germination process. Misting is better than using a watering can – since the seeds are so near to the surface of the soil, misting minimises disturbance.

Once seedlings appear, move them to a bright and sunny spot in your home. After they’re about 5cm tall, you can then transplant them into a slightly larger pot.

How to Grow Rosemary from Cuttings

Rosemary cuttings are best taken in the spring from new growth. Here’s how to do that:

How to Plant Rosemary Outside 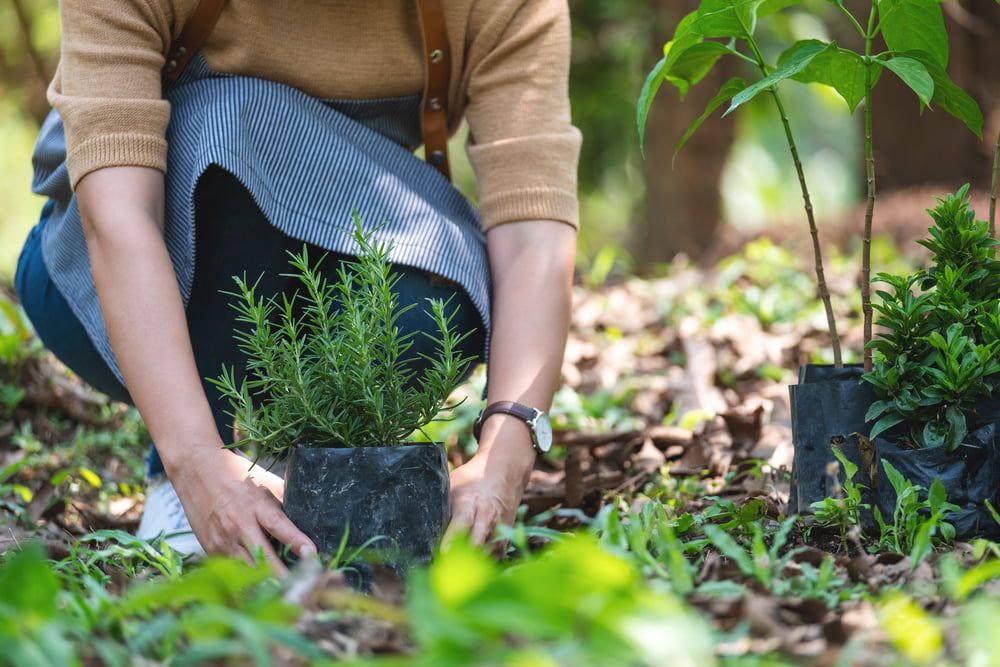 While mature rosemary plants can handle the frost just fine, seedlings are much more fragile. Only plant them out once you’re absolutely certain that all spring frosts have passed and soil temperatures are remaining consistently above 10°C.

You’ll need to also harden your seedlings off for a week or so to help them to adjust to the cooler temperatures and windier conditions outside.

After thoroughly weeding your growing area and amending the soil if necessary, dig holes that are large enough to accommodate each rosemary seedling, along with the soil around its roots. Place each plant into its new home before covering the roots back over with soil and firming down. Don’t forget to water your rosemary after planting.

How to Plant Rosemary in a Greenhouse

Rosemary loves the heat, so grows well in a greenhouse. Whether you grow it in the ground or in raised beds, planting methods are the same as when growing rosemary outside.

Another option would be to grow your rosemary in pots. You can then move them outside during the spring and summer, when your greenhouse is full of annual vegetables, before bringing them back in over the winter. This will open up a bigger choice of varieties, since even the more tender varieties will do well over the winter when kept in a greenhouse.

How to Care for Rosemary 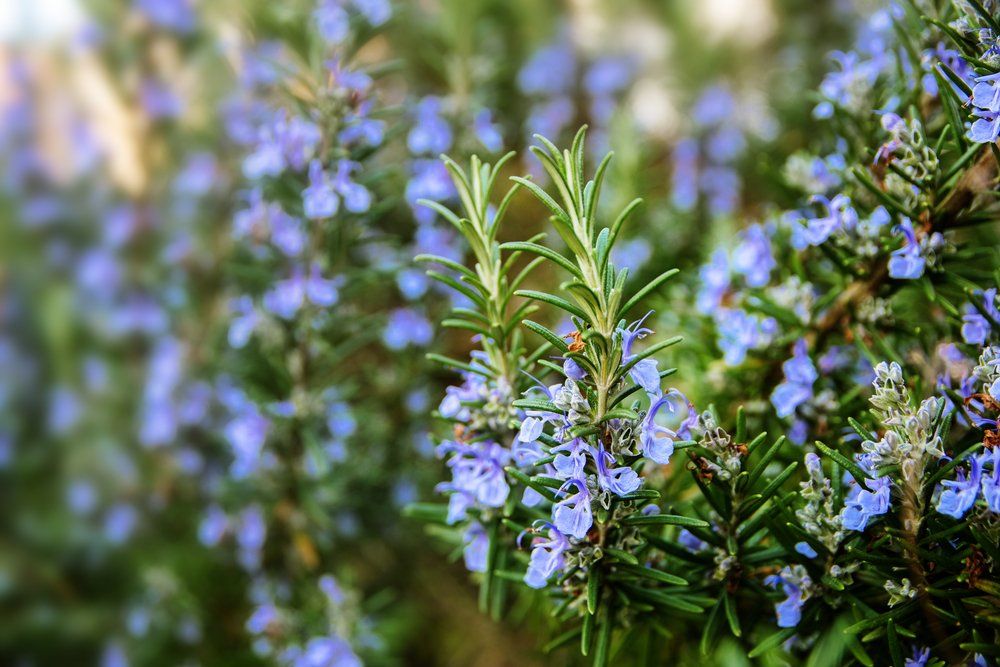 Rosemary is extremely low-maintenance, although a little extra care will help to ensure bigger, bushier, and longer-lasting plants.

Rosemary is a drought-tolerant plant that prefers to be kept on the drier side. That said, never allow the soil to fully dry out. Instead, give your plants some water whenever the top 3cm of soil feels dry.

If you apply a top-dressing of compost around your rosemary plants each spring, then this will give your plants all of the nutrients they need. It will also act as a mulch, helping to retain moisture while keeping soil temperature consistent.

If you’re not able to do this, or if you want to give your plants an additional boost, apply a general-purpose fertiliser just once in the spring.

Although not essential, pruning your rosemary plants will give them a fuller and bushier appearance, preventing them from growing leggy and lanky.

Pruning is best done in late spring or early summer. At this time of the year, the plants are in full-on growth mode, meaning that they’ll quickly produce plenty of new foliage to replace the stems that they’ve lost.

Pruning is simple – just cut back the ends of the longer branches by about 2.5-5cm. The only thing to be careful of is old wood – cutting back into this will inhibit growth.

How to Harvest Rosemary 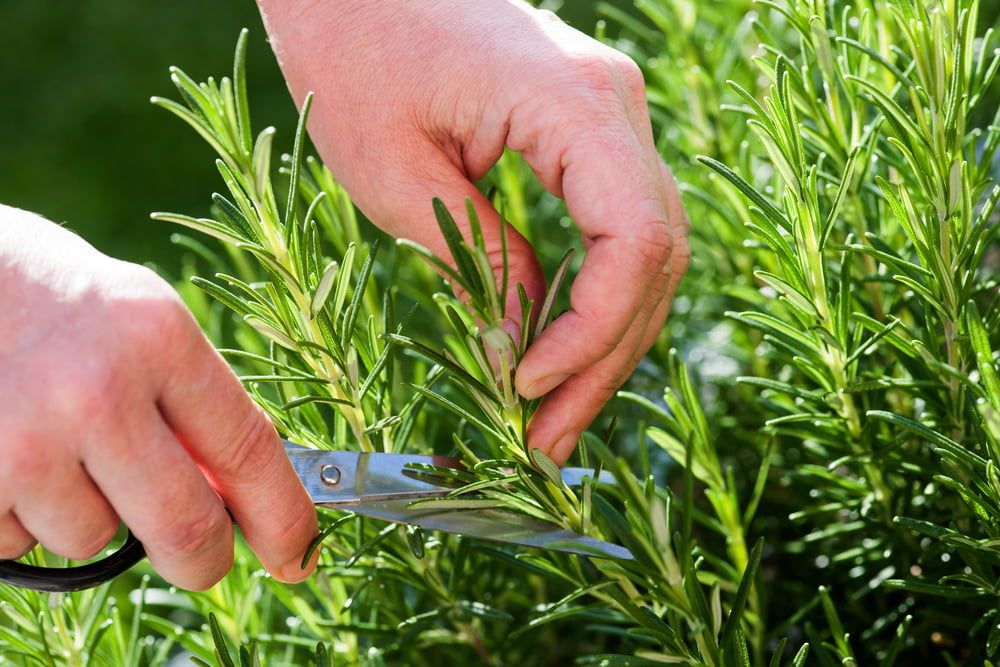 Harvesting can start once a rosemary plant is between 30-60cm tall, and can continue on year-round. Simply pluck off leaves and small sprigs as and when you need them, or use secateurs to cleanly snip off larger stems and branches for roasting or drying.

Flavour-wise, rosemary is at its best in the spring and summer, just before it begins to flower.

How to Store Rosemary

Rosemary tastes best when it’s fresh, but dried rosemary also works well in so many dishes. When properly dried, rosemary lasts for up to three years.

While you could simply leave a branch of rosemary on the kitchen counter to dry, or tie a few branches in bunches and hang them upside down, a dehydrator drastically speeds up the drying process, and also keeps things safer.

Once dried, it’s up to you whether or not you ground the leaves into a powder. Although not as attractive as whole leaves, a powder doesn’t have the sharp woody texture that dried whole leaves have, making it more versatile in the kitchen.

If short-term storage is what you’re after, then wrap your extra rosemary springs in some damp kitchen towel, placing this into an air-tight bag in the fridge. This way, they’ll keep for up to three weeks.

How to Prepare & Cook Rosemary 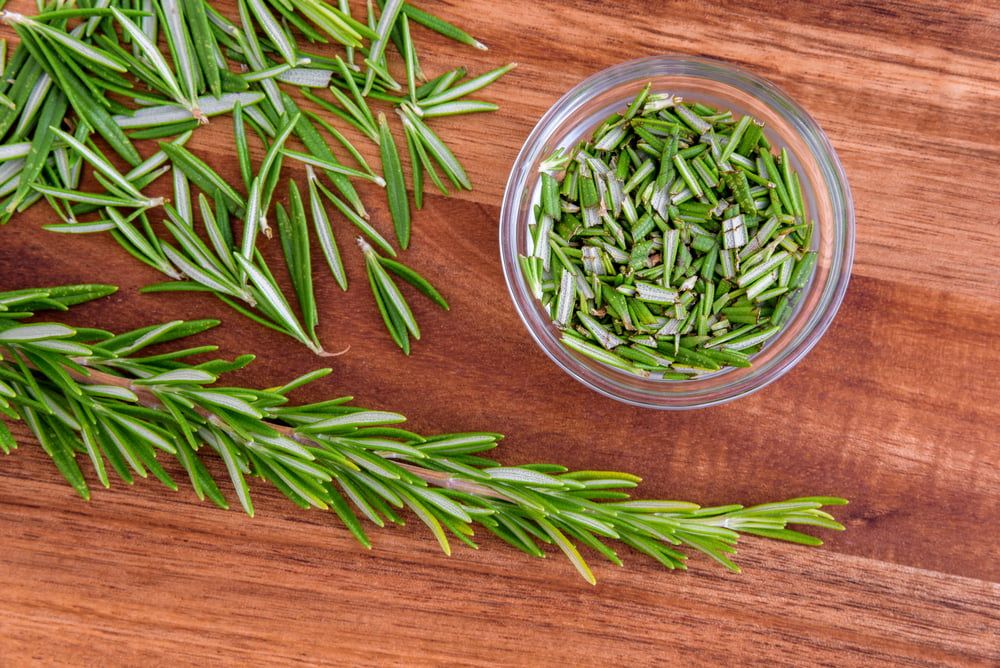 To start with, give your rosemary sprigs a quick wash under some running water. Use your fingers to rub off any dirt, before patting them dry.

You can then either use the sprigs as they are, or remove the leaves. To do this, hold the stem over a bowl and run your other hand from the bottom of the stem upwards, pinching as you go to pull the leaves off. Your fresh rosemary leaves can then either be used whole or chopped up.

Rosemary is a surprisingly versatile herb in the kitchen. Here are just a few of the things that you could cook up with your rosemary harvest:

You can also add this herb to just about any soup, stew, or casserole. Don’t forget that it’s packed with nutrients, to the point where it’s considered to be a superfood herb.

Rosemary doesn’t usually encounter many problems, but a few to keep an eye out for include:

There are two main types of rosemary – plants that grow straight and upright, and plants that have a trailing habit. Both have their pros and cons – upright varieties usually have a stronger flavour, while trailing varieties work so well as an edible ground cover plant. Either way, these are some of the best varieties to grow:

Even if it’s not a herb that you use on a regular basis, rosemary is still such an attractive plant to have in the garden. It fills the air around it with a gorgeous fragrance throughout the year, while producing a colourful display of blue/purple flowers in the summer that pollinators flock to.