Your garden can rapidly transition from pristine to a mass of weeds. They pop up everywhere; your lawn, your flower beds, even between your paving slabs!

You need to know how to clear a garden full of weeds, and this article is going to tell you! We’ll look at the damage weeds cause and the numerous weed-clearing techniques you can use.

That way, you can pick what works best for you!

It’s a given that weeds are a horror to look at. But besides being an eyesore, what damage are they causing your garden?

For starters, they take up space! If you’ve got weeds sprouting left, right, and centre, they could be stopping flowers and crops from popping up.

They’re also stealing water from other plants. Your treasured plants need water to thrive, but weeds are doing their best to steal it from them. And they’re doing it well!

Weeds block sunlight, taking another vital resource away from your flowers and crops. This will likely stunt their growth and could even cause them to die!

But have no fear, there are countless methods to removing weeds:

We discuss these in detail below. 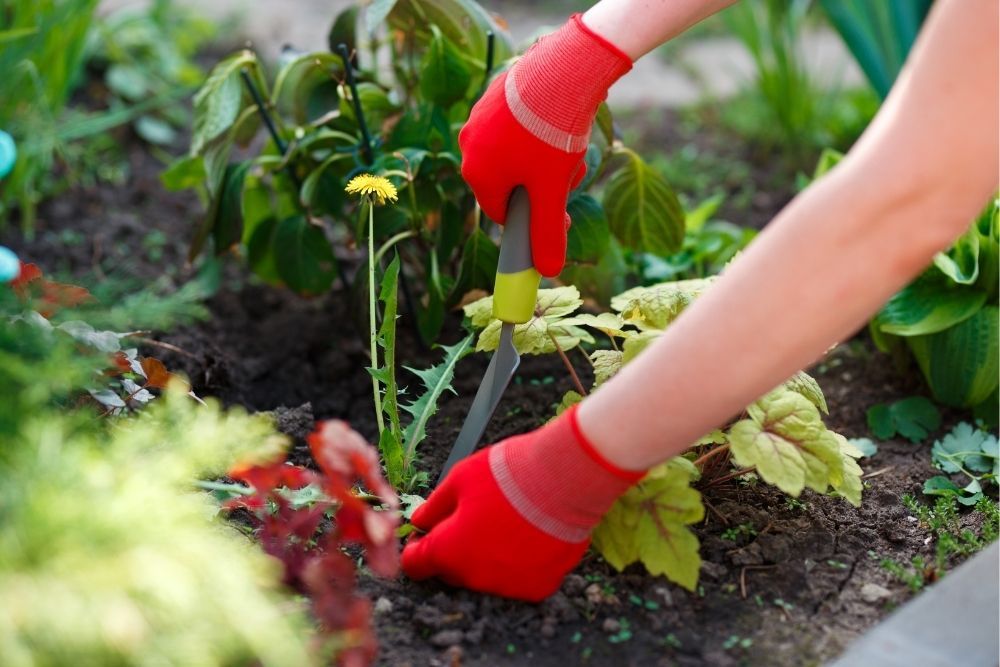 Not afraid to tire yourself out and get your hands dirty? Manual weed removal may be the choice for you.

The manual tool that’s always at your disposal is at the end of your arms – yes, your hands!

Although it’s tempting, grabbing weeds and yanking won’t solve the problem. More than likely, it’ll break the stem, leaving the root behind. The weed will then quickly regenerate, and you’ll be stuck with the same issue in 2 weeks!

Instead, dig around the root if possible, and get as far down the stem as you can. Then, pull gently from the lowest point, removing the whole plant, including the root network.

Although still doing the job manually, using weeding tools is less tiring than removing by hand. The key here is choosing the right tools.

Whatever the tool, pick one that’s stainless steel and easy to handle. You need something strong and comfortable to hold when clearing a garden overgrown with weeds.

If you’re looking for a quick solution, chop off weeds’ heads with loppers. This makes your garden look great, but only for a short while. The roots will live on, and the heads will come back!

Using a long-handled hoe ensures you remove the whole plant, making it a better method for long-term results. Hoe your soil in the morning when it’s dry. This will lift the weeds from the soil, bringing them up to the surface so that you can chuck them away.

When hoeing, take care not to dig too deep. Weed seeds can sit dormant deep in the soil, so bringing these up to the surface will only make your problems worse!

Or, dig weeds up using a spade or garden fork. But don’t aimlessly plunge your spade into the soil, cutting the weeds in half! Dig around the weeds, so you get the whole plant.

A weed burner is an excellent manual removal method for a larger garden. Torching green weeds will cause them to shrivel up and die. Just beware of surrounding plants; we don’t want any casualties!

Like all plants, weeds need sun. Sun deprivation will kill them, for sure. This technique is terrific for bigger gardens, whereby manual removal isn’t a plausible option.

Cut off the supply of the sun by mulching. Mulching eliminates the empty spaces weeds love and blocks the sunlight for weeds trying to break through the soil surface.

Mulch also encourages your soil to absorb more moisture, which is a bonus!

There are several mulch options:

Your soil doesn’t have to be bare for this method to work – just spread your mulch around your existing plants. 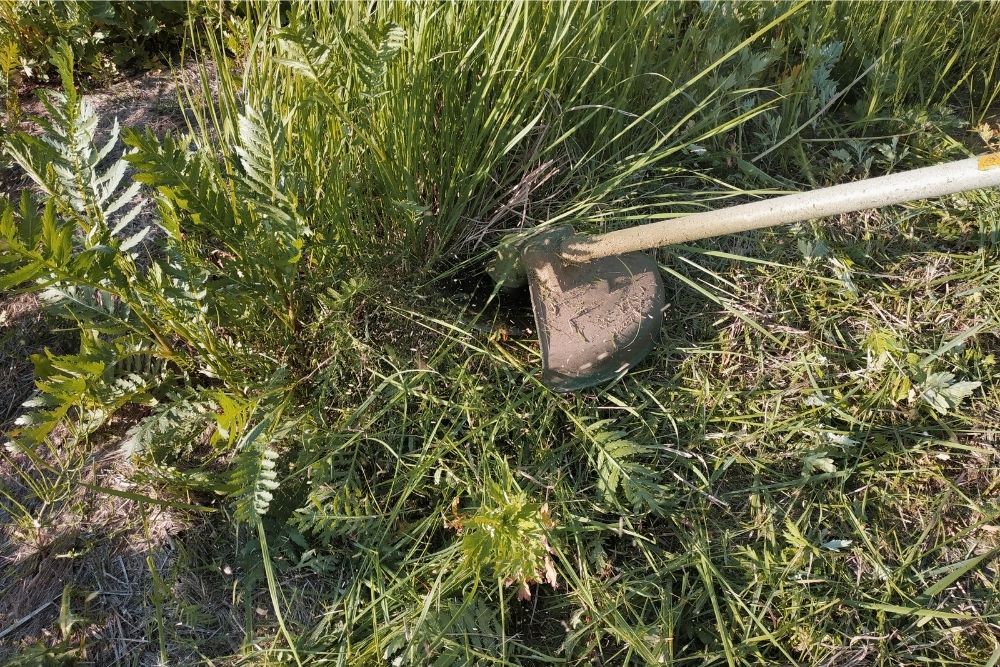 Work through your garden methodically, tackling specific sections one after the other. Once you’ve strimmed, either remove the mess for an aesthetically pleasing finish or leave it there as an organic mulch!

Unfortunately, the benefits of this method are short-lived because it only removes the top part of weeds. Strimming can even cause more harm than good, as it can help spread weed seeds across your garden!

Instead of a blade, an electric weed eater has a monofilament line (like a fishing line) that rotates rapidly, allowing it to cut anything unwanted from your garden.

You can get blade attachments if you’re dealing with particularly temperamental weeds like thistles and brambles.

It’s easy-to-use and will gobble up those weeds in no time. However, similar to a strimmer, it works on surface-level only – it won’t remove the roots. 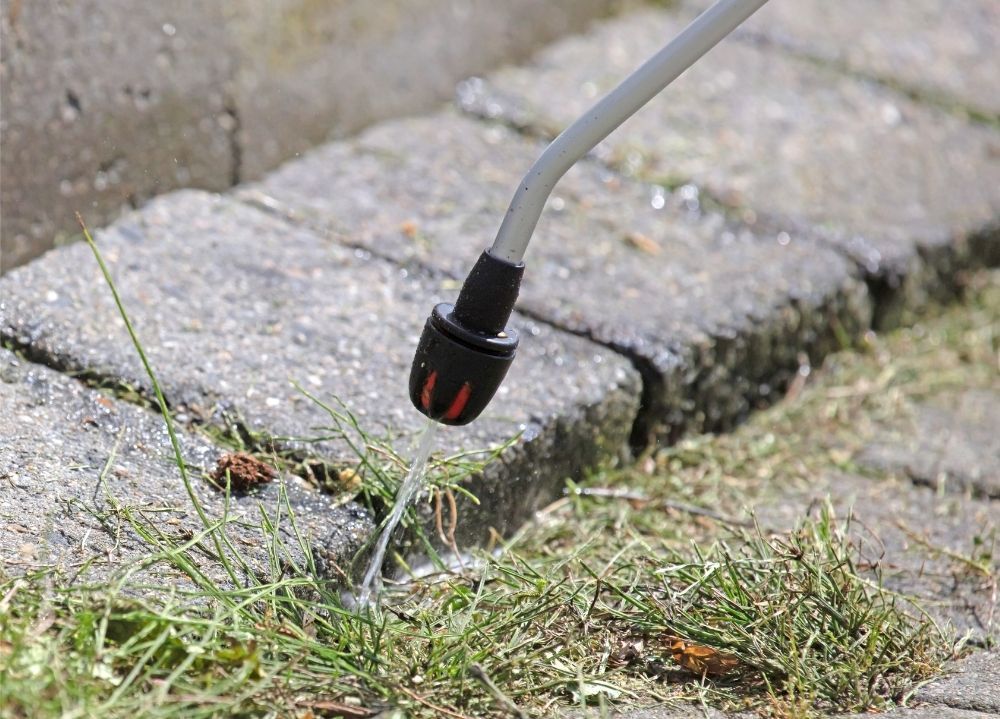 Although we don’t suggest it as your first approach, a store-bought weed killer is guaranteed to clear your garden of weeds. Your two main choices are:

When using any chemical removal method, read the instructions. These will tell you how to apply the weed killer and how to protect yourself while doing so.

If you’re after a quick weed-killing spree, and you’re not bothered about keeping anything else in your garden, use a high concentration non-selective weed killer.

This will kill everything it comes into contact with, which is why we only advise it when you’re not bothered about total plant annihilation!

If there’s a particular patch of your garden that’s overloaded with weeds, confining your non-selective weed killer application to this area may not destroy surrounding plants. I’m not making any promises, though.

Just apply it liberally to the weeds, and watch them wither away and die. You’ll need to reapply the weed killer now and then, usually every 4-6 weeks. Check the container to make sure! 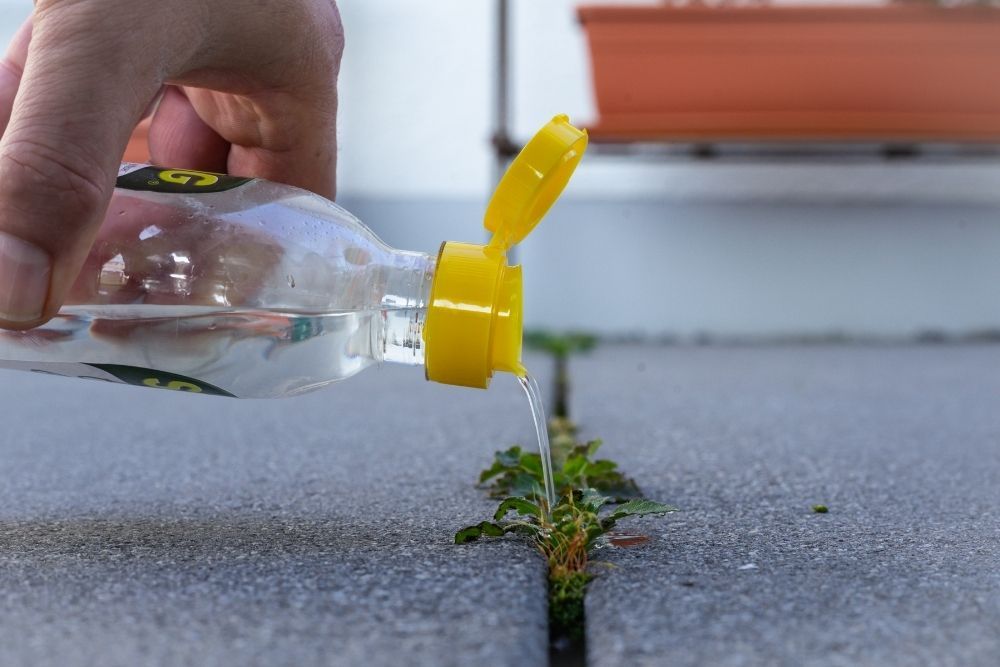 Not keen on bringing nasty chemicals into your haven? Maybe you would rather use something lying around your house than go out and buy stuff.

Whatever the reason, clearing weeds using a homemade weed killer is a fantastic alternative.

You have several options:

Just pour boiling water straight from your kettle onto a weed and watch it turn brown before your very eyes!

Ensure you pour from a low height to avoid boiling water splashing up at you.

Vinegar dries weeds out, causing them to die.

Although a great natural weed killer, it’s a highly effective flower killer too! Cover your cherished flowers, only applying the vinegar solution to weeds.

A solution of vodka, water, and dish soap will kill small infestations of immature weeds.

However, if weeds have completely taken over your garden, this isn’t the best technique to combat it.

Alternatively, ditch the vodka and stick with soap! Weeds are broken down by the natural oils that soap contains.

Splash a couple of droplets of washing-up liquid into some vinegar and spray away! Soap leaves a bubbly, shiny residue on weed leaves, so you’re not going to waste time going over the same area twice.

Which Method is Best?

No one method works best for clearing a garden overgrown with weeds. Each garden is different, so it takes some trial and error!

The effectiveness of a method also depends on the type of weeds. You may find that one way works brilliantly for bindweed, but not at all for nettles!

Just remember, if you’re looking for long-term solutions, manual and chemical removal are your best bets. For quick fixes, mechanical tools are ideal.

You can manually remove weeds using your hands or manual tools like a hoe or spade. If you’re looking to save time and energy, swap the manual for the mechanical with a strimmer or an electric weed eater.

If the chemical approach is more up your street, pick up a store-bought weed killer or make your own at home!

Now you know how to clear weeds from your garden. Just choose a method and go nuts! 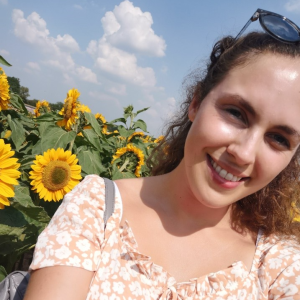 Emma Loker is an avid gardener who loves all things nature-related. She believes in the therapeutic power of nature and the positive impact of gardening on mental health. She writes to encourage others to get outside and immerse themselves in their natural surroundings.