Mushroom compost is often recommended as a mulch to improve your plant growth, but what exactly is it, why is it so useful and should you get some?

What Is Mushroom Compost?

Mushroom compost is the growing material that’s left over from the process of growing mushrooms on an industrial scale. It’s sometimes referred to as ‘spent mushroom compost’.

If it hasn’t yet been used it’ll be called something obvious like ‘unused mushroom compost’. Either way it’s full of nutrients and makes a relatively inexpensive way to improve your garden soil.

How Is Mushroom Compost Made?

Mushroom compost is made from a base combination of horse manure or poultry manure and wheat straw. Sometimes it’ll have other bits in too like peat moss or lime because mushroom farmers use their own mixtures so no two are likely to be exactly the same. It’s usually steam sterilised to kill off any bacteria before use.

Mushroom spores are mixed into this compost, and kept in trays at an optimum temperature to encourage mushroom production. After the mushroom harvest used compost is sold off. Mushrooms tend not to use the nutrients that greenery needs, so spent mushroom compost isn’t actually spent – it’s still a rich organic source of food for your flowers and veggies. 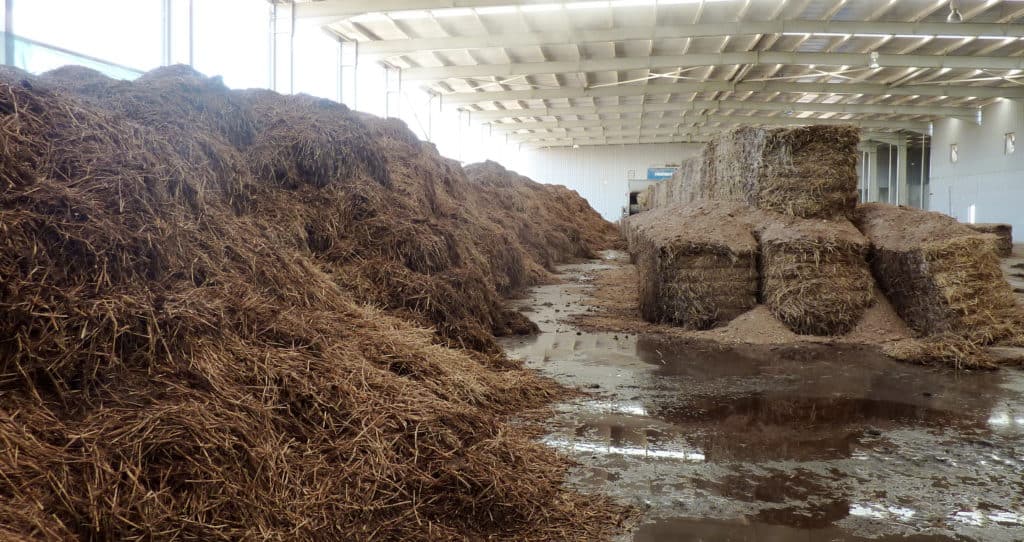 Why Is It Useful?

There are plenty of reasons to use mushroom compost in your garden and only a few reasons why you shouldn’t. Let’s start with the reasons why:

1) It feeds your plants

Mushroom compost is a slow release nourishing fertiliser. It encourages beneficial fungi, bacteria and micro-organisms into the soil. If you’ve forked mushroom compost through the garden or used it as mulch, your plants probably won’t need much more feed unless you’ve got a hungry clematis or tomato demanding its dinner.

You can dig mushroom compost into vegetable beds prior to planting or you can put it around plants that are in situ – this is known as ‘top-dressing’.

If you’re an organic gardener mushroom compost is your friend. You won’t need to worry about chemicals leaching into your veggies or affecting wildlife.

Mushroom compost is organic matter and holds moisture in place. We’re all trying to cut back on our utility bills, so soil that can retain moisture is good news on that front. If you have a summer holiday booked or there’s drought looming then moisture holding soil is a godsend – and the words ‘hose pipe ban’ won’t fill you with horror.

Moisture retention also improves life for your plants because changing from dry to wet conditions can impede grow. If you can maintain a steady, moist condition they will appreciate it and be a lot healthier as a result.

Because mushroom compost is steam sterilised it won’t introduce pests to your garden. We have enough pests to worry about without introducing more through the compost

The steam sterilisation also guarantees no weed seeds make it through. To protect the mushroom crop farmers kill off any competition and you benefit from their hard work.

Pests and weeds are not the only issues our plants have to fight off. Viruses can kill quickly and efficiently. Mushroom compost is virus-free and produces a healthy plant that can fight off infections.

Soil surface is easily compacted by sun, rain, and foot tread but mushroom compost can prevent the soil surface from crusting over and compacting. This aids rain absorption and encourages worms to generate healthy, crumbly soil.

Often plant labels state ‘best in moist but well-drained soil’. Well, yes, obviously, but we don’t all have endless free hours to water and dig our soil do we?  Mushroom compost can improve chalky, clay or compacted soils so that water runs freely. This means your plants won’t get waterlogged and drowned out. Rotting roots can destroy the toughest of plants, even a pyracantha.

10) It has super weed suppressant powers

If you apply a thick layer of mushroom compost as mulch it blocks out light and kills off weeds. This is a big bonus for the busy gardeners who don’t have time to deal with nutrient stealing dandelions, creeping buttercup and mare’s tail.

Yes, mushroom compost is made from organic matter, or in plain terms – animal poo, but it doesn’t smell bad. When you first open the bag it may smell musty or ‘dark’ but it certainly doesn’t stink. You can stick your hands in it without gagging and once it’s on the garden any lingering smell disappears.

In contrast to traditional compost mushroom compost is pretty cheap. You can order a ton with delivery for well under £100. When you think about growbag costs and what little area they cover that’s a bargain. If you buy too much store it in a folded bag and keep rain water out. Then you’ll have a ready supply for that inevitable garden centre purchase.

Why You Shouldn’t Use Mushroom Compost

There are a few plants that are not keen on the alkaline properties of mushroom compost. This includes fruit bushes and acid loving plants like camellia, rhododendron, heathers and magnolia. Stick with an ericaceous soil top up for those. If you have put mushroom compost around these plants and noticed yellowing leaves it points to a nutrient deficiency. Dig out the mushroom compost and get some acid-based compost in there pronto.

How to use mushroom compost?

As mentioned mushroom compost can be dug into the soil or placed on top around the roots, but you can also put it directly under the roots of any newly purchased plants and make a liquid feed.

A good thick layer of approximately 5-6 inches is needed around the base of established plants but don’t put mushroom compost on bark as it can cause rotting. 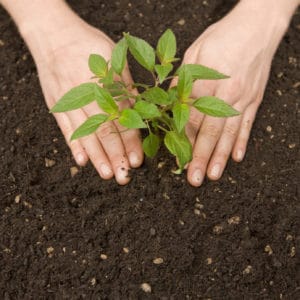 If you’re boosting a veggie patch the amount required depends on the quality of your soil. If it’s spent, chalky, clay or sandy dig in lots, if it’s pretty productive you won’t need as much.  Generally you should apply about 5-10kg per square metre but you can adjust this to your soil needs.

It’s best to apply mushroom compost in early spring when plants are waking up from a long winter, or a few months before sowing your vegetables. Very poor soils can be improved with mushroom compost from December and forked through regularly. There are no fast and hard rules.

Make more feed by holding back half a bucket of mushroom compost. Pour in enough water to cover the compost and keep topping up as you use it. Use the liquid mushroom compost feed on your tomatoes. They’ll turn into triffids so keep pinching out the side shoots!

Should I use mushroom compost?

In short, yes! At least, you should use a soil improver if you want the best from your garden and mushroom compost is one of the best. Nutrients don’t last forever and your hungry plants are working their way through the soil buffet as we speak. Top it up with mushroom compost to enjoy big gorgeous blooms and a tasty vegetable patch all year round.